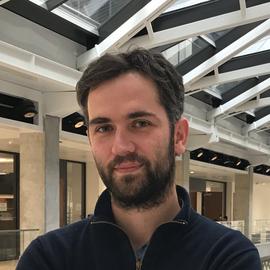 The University of Texas at Austin

Dr. Nagy is an assistant professor in the Department of Civil, Architectural, and Environmental Engineering at The University of Texas at Austin, directing the Intelligent Environments Laboratory since 2016. A roboticist turned building engineer, his research interests are in smart buildings and cities, renewable energy systems, control systems for zero emission building operation, and the application of machine learning and artificial intelligence for the built environment for a sustainable energy transition. He has received the Outstanding Researcher Award from IBPSA-USA in 2022, several Best Paper awards from the CISBAT conference, Building & Environment journal, as well as a Highest Cited Paper award from Applied Energy. He organized and chaired the first workshop on Reinforcement Learning for energy management in buildings and cities (RLEM’20) at ACM BuildSys’20.

Prior to joining UT, Austin, Dr. Nagy was a senior scientist at the Swiss Institute of Technology (ETH) in Zurich, in the Department of Architecture. He worked with Prof. Arno Schlueter in the Architecture & Building Systems research group on control systems for sustainable building operation, as well as wireless sensor networks and applications of machine learning in building retrofit. Dr. Nagy has co-founded the award-winning high-tech spin-off Femtotools in 2007, and was member of its board of directors until 2011.

Dr. Nagy received a PhD in robotics in 2011 working in the MultiScale Robotics Lab of Prof. Brad Nelson, and an MSc in Mechanical Engineering (2006) with a focus on micro-electro-mechanical systems (MEMS) and robotics, both from ETH Zurich, Switzerland. He spent an academic exchange semester at the Danish Technical University in 2005, and was a visiting researcher in the Distributed Robotics Laboratory of Prof. Daniela Rus at MIT in 2009.

According to Robotree, his academic ancestors can be traced to Japan, i.e., probably Samurai – how cool is that?